CoffeeStrap: a great purpose for a great technology

The following post has been written by the team of CoffeeStrap. We would like to thank them for the participation and their willingness to collaborate.

CoffeeStrap is an educational technology startup that allows people to learn by simply meeting new people. How can you do this? Well, CoffeeStrap is The First Platform for Adaptive Conversation Enhancement. Which means that people get matched up with other people in order to increase the quality of their conversations. Not on the basis of their faces, bodies, or professions. Butaccording to the features of the conversation itself. You have fun by meeting interesting people that are compatible with you, you get to talk about meaningful things, and you learn stuff. You can join text, voice, and video peer to peer engaging social interactions, and you learn collaterally. 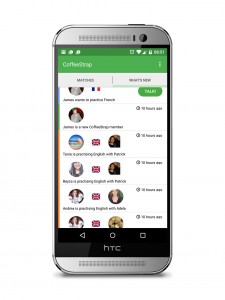 Well, year 2014 turned out to be the most awesome adventure for CoffeeStrap. We got together in an smokin’ hot team, we found a nest of great people to work with at our Rockstart Amsterdam headquarters, and we have just been selected as one of the 20 most disruptive European superearly stage mobile companies – out of more than 846 applications! – by the European Union and the incredible guys at ISDI, TU Aps, Buongiorno.it, and Seaya Ventures. Steve, Nacho, Simona, Rodrigo, Henrik and many others are now also on our side, with invaluable advice, and strategical help. You can find the press release here.

Right now CoffeeStrap is focusing on language learning. We decided to start form the language domain because it is relatively easy for us to provide a compatible and interesting partner while you are learning, practicing, or improving a new language. We could in turn test our basic assumption that people learn a new language by simply improving the quality of their conversations with natively speaking partners. And this seems indeed to be the case, since the community of CoffeeStrappers is growing steadily: more than 4000 people are already learning languages on CoffeeStrap Beta, and more than 200 CoffeeStrappers everyday improve their languages by simply meeting up with compatible conversational partners. This is an important proof that people can learn by simply being partnered up intelligently for smart conversations with relevant compatible matches.

Language can also be a good entry point because language proficiency is more straightforward to index and track with intelligent machine than different sorts of expertise, in other domains, such as coding, science, or entrepreneurship. We plan to extend CoffeeStrap to multiple knowledge domains in future, but focusing on the language vertical is now allowing us to improve and tune our algorithms. Getting more and more targeted on our analyses, we can improve CoffeeStrap’s accuracy in matching you up with a conversational partner that in compatible in terms of pesonality, interests, and proficiency levels.

We are therefore devoting our efforts to building up the necessary technology in order to automate the analysis of the conversational sessions. This task is especially complicated because we need the realtime analysis of the 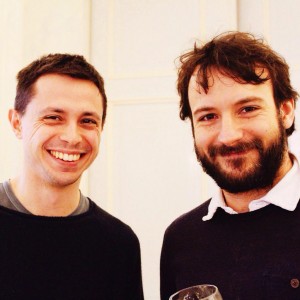 This unique experimental infrastructure, which we are developing in collaboration with FIWARE Kurento, subsequently uses the information from your conversation in order to identify for you always new intriguing conversational partners. In turn, you are in charge of your learning progress, and you can always keep your information under your control. This not only means that we will not have physical access to your conversations, but also that you can edit/delete your profile and the related infos anytime. 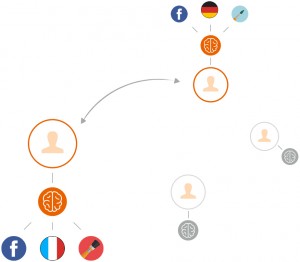 How can I contribute to CoffeeStrap?

CoffeeStrap is based in Herengracht 182, 1016BR, Amsterdam, The Netherlands. We would love to hear from you, really. If you feel like grabbing coffee, or simply reaching over for suggestions or feedback, this is us. We can also grab beer. We consume a lot of it.

If you live far away, and you would like to contribute to CoffeeStrap, the best thing you can do is joining coffeestrap here, and begin today learning new languages for free by meeting super interesting people. You can also share about CoffeeStrap on Twitter or Facebook. 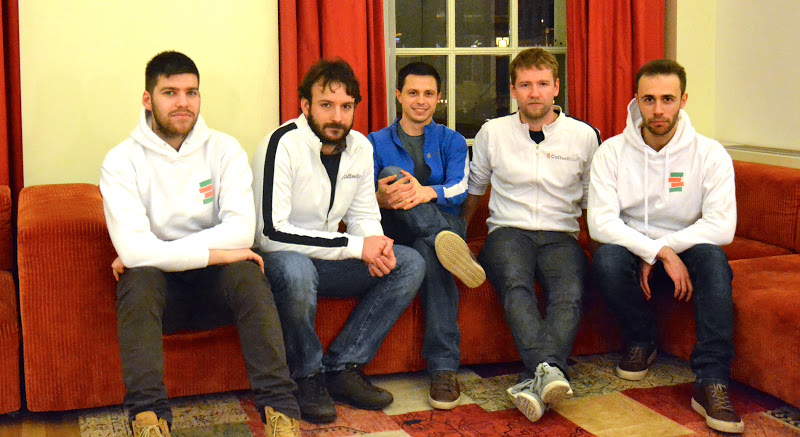 25th Anniversary of the Fall of the Berlin Wall, broadcasted with FIWARE