The evolution of 3D models has been gaining high research attention in several fields, such as aerospace and manufacturing, as well as Architecture, Engineering, and Construction (AEC).

As a next logical step, the Digital Twin concept refers to developing a mirrored digital counterpart to a physical system and linking their information throughout the physical counterpart’s life cycle.

The Digital Twin is expected to augment architectural modelling as a progressive step that develops from Building Information Modelling (BIM) in the AEC field. The use of such Digital Twins would thus contribute in making buildings smarter and in enhancing their sustainability. Linking such a concept to the development of Smart Building means to utilise cyber-physical intelligence to improve building functions, provide more comfortable and safe conditions for people and businesses, and increase overall satisfaction.

The engineering Groups, Focchi Group, eFM and Marche Polytechnic University, emphasize the main features of XTD which integrates and augments the following:

For creating XTD, a world in which the digital and physical are symbiotically collaborating, it is necessary to develop a holistic view around the building, aimed at achieving the following challenges:

In the end, XTD was perceived as an opportunity to enhance building operability. This awareness is strictly based on the concept of developing a virtual mirror of the building, in which all the elements that constitute the building are represented on that virtual model.

Acknowledging today’s market gaps and challenges, it opened the opportunity for FIWARE Platinum Member Engineering Group and some of its partners to jointly build an innovative solution  based on the eXtended Digital Twin concept for Smart Building (XTD):

All these companies believe that this solution will contribute to fostering the adoption of Digital Twin technology and thus enhancing the management, operations, and sustainability of the building.

The technical solution proposed for the XDT is based on the Digital Enabler® keeping the following peculiarities on the top:

The main advantage of an XTD over BIM is the interaction between physical reality and the virtual model. In BIM, the model encompasses the physical entity’s geometrical and temporal information, yet it requires manual data insertion for updates due to the lack of linkage between the model and the physical entity, whereas utilizing a digital twin can provide mutual interaction between the two counterparts in real-time.

The use of sensors and the Internet of things (IoT) technologies easily allow a bidirectional transfer of information, updating the virtual model according to the physical counterpart’s live updates. Furthermore, due to the potential of performing simulations on the virtual model, future forecasting and optimization of the physical entity’s performances of the building are achievable, and thus the optimization of the physical counterpart’s performance can be reached.

The XDT developed is a vertical application of the ecosystem platform Digital Enabler®, the Open Source ecosystem platform developed by Engineering and Powered by FIWARE, that  accelerates the setup of new smart solutions through the collection, processing, harmonisation, visualisation of data letting the users run actions and collect feedback on the field.

In XDT, the data collection over the edge is performed through a component of the Digital Enabler named IoT Device Manager that has allowed the plug-in of devices installed in the building, provided by different vendors (in the specific use case, vendors are e.g. Schneider and Bticino) also paying attention to the compliance with the edge computing model: a lightweight module is deployed nearby the curtain wall sensors collecting the data from them. Such module supports a plethora of IoT specific protocols, like Modbus, BacNet, MQTT, and many more. The IoT Device Manager embeds all the FIWARE IoT Agents.

Once the data is collected from the edge, the data harmonization is performed using a no-code  (i.e. graphical) approach. The Digital Enabler component that is in charge of the data processing and harmonisation is the Data Mashup Editor. This accelerator allows to represent in NGSI-LD format the data gathered and integrated, using Smart Data Models.

Once the data is harmonized in the selected data models, it is analysed both on the edge and on the cloud. The former feature is particularly relevant when a high-speed reaction is required; the latter is more relevant in case of historical analysis, training of AI models and in general more resource-expensive activities. In fact, starting from environmental data gathered from the field (e.g., temperature, humidity, indoor pollution, irradiance), the solution is able to deduce information about indoor comfort and people productivity and show the data in the building Digital Twin, applying algorithms based on Artificial Intelligence.

The XDT based on the Digital Enabler®  platform has been deployed in the headquarters of Focchi in Poggio Torriana (Rimini, Italy), the pilot site depicted in the following picture. 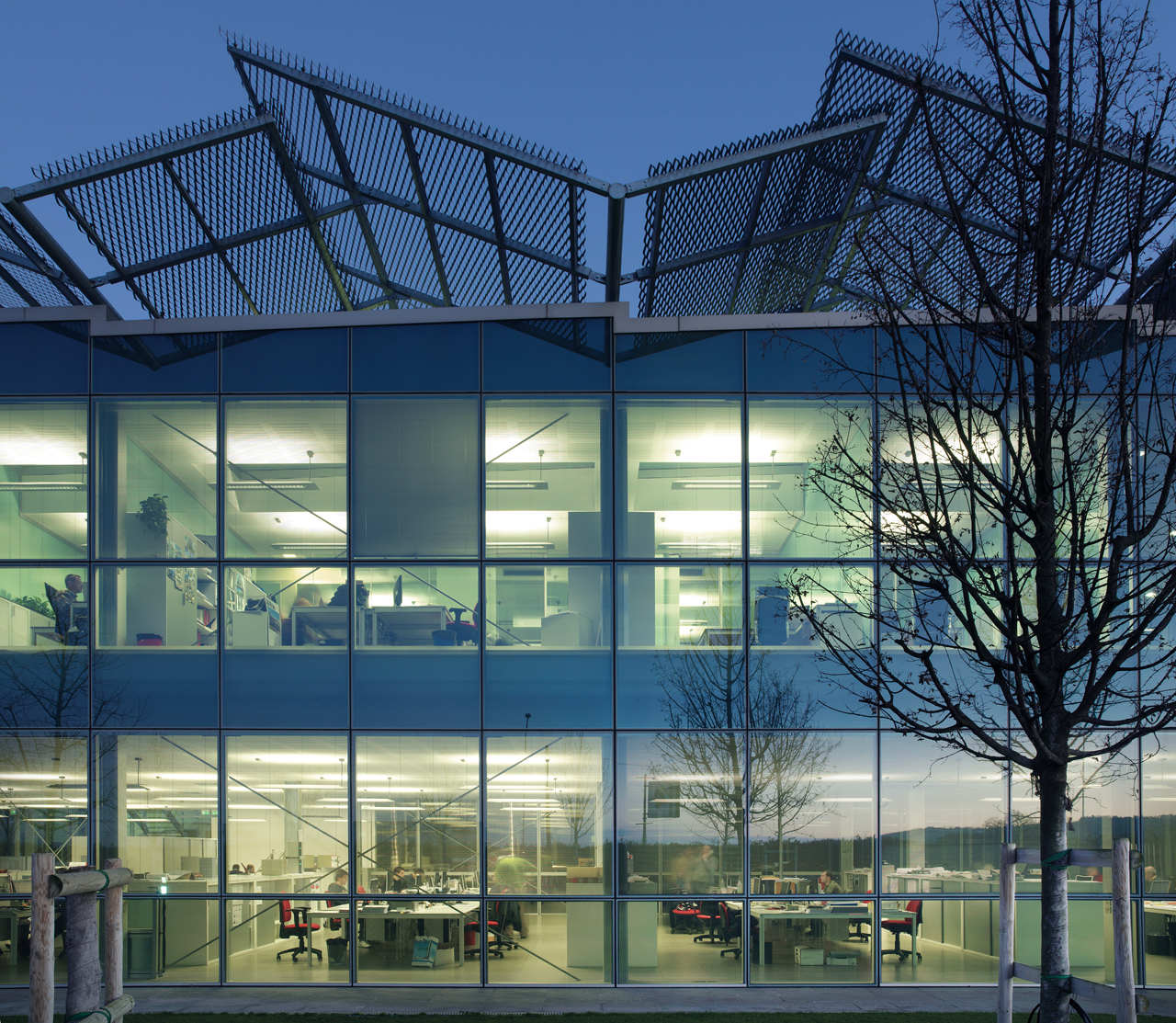 The Digital Enabler® allows users to harmonize, synchronize, integrate, visualize, mashup, federate, and analyse data to deliver their digital transformation vision. In addition, it provides a single point of data knowledge and access that can be used to develop new value-added services as well as digitally enabling older technologies and applications:

The overall architecture of the Digital Enabler is depicted in the following chart, where the yellow boxes are the components of the ecosystem platform which have been used for XDT: 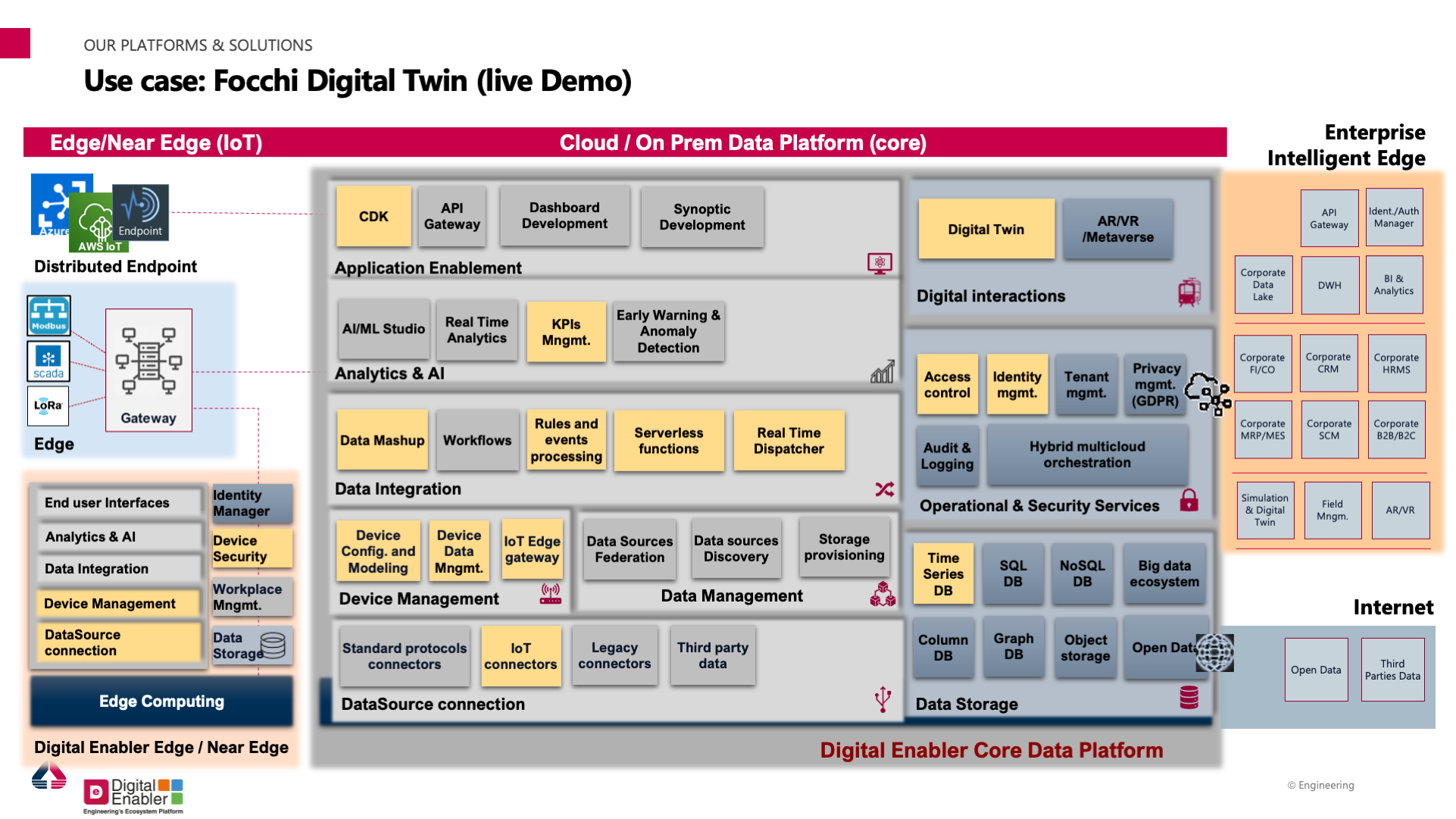 The XDT allows to gather, elaborate, process and to harmonise the incoming data in real time through several components like the IoT Device Manager, Data Mashup Editor, Dataflow, ClouDev, or AI Studio:

The data, as they are processed and harmonised, are visualised on a tri-dimensional representation of the curtain wall. The final visualisation is done putting together the 3D model of the entire facade submitted in IFC format and the harmonised data.

The XDT will interoperate with the Building Digital Twin Environment platform through Smart Data Models about Curtain Wall. Several fields sensors have been user and installed  provided by different producers, for the detection of:

Furthermore, there are many actuation devices on site for: 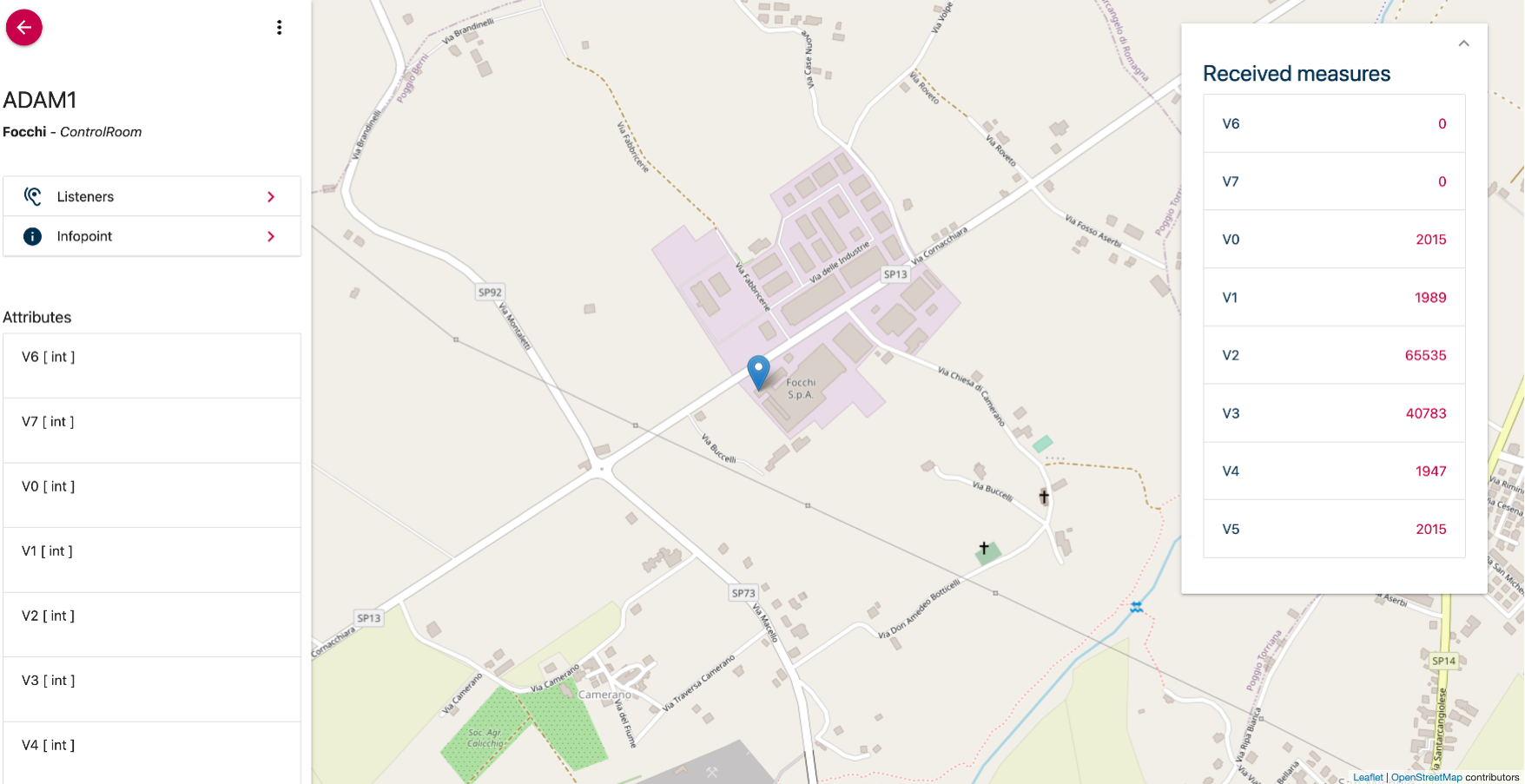 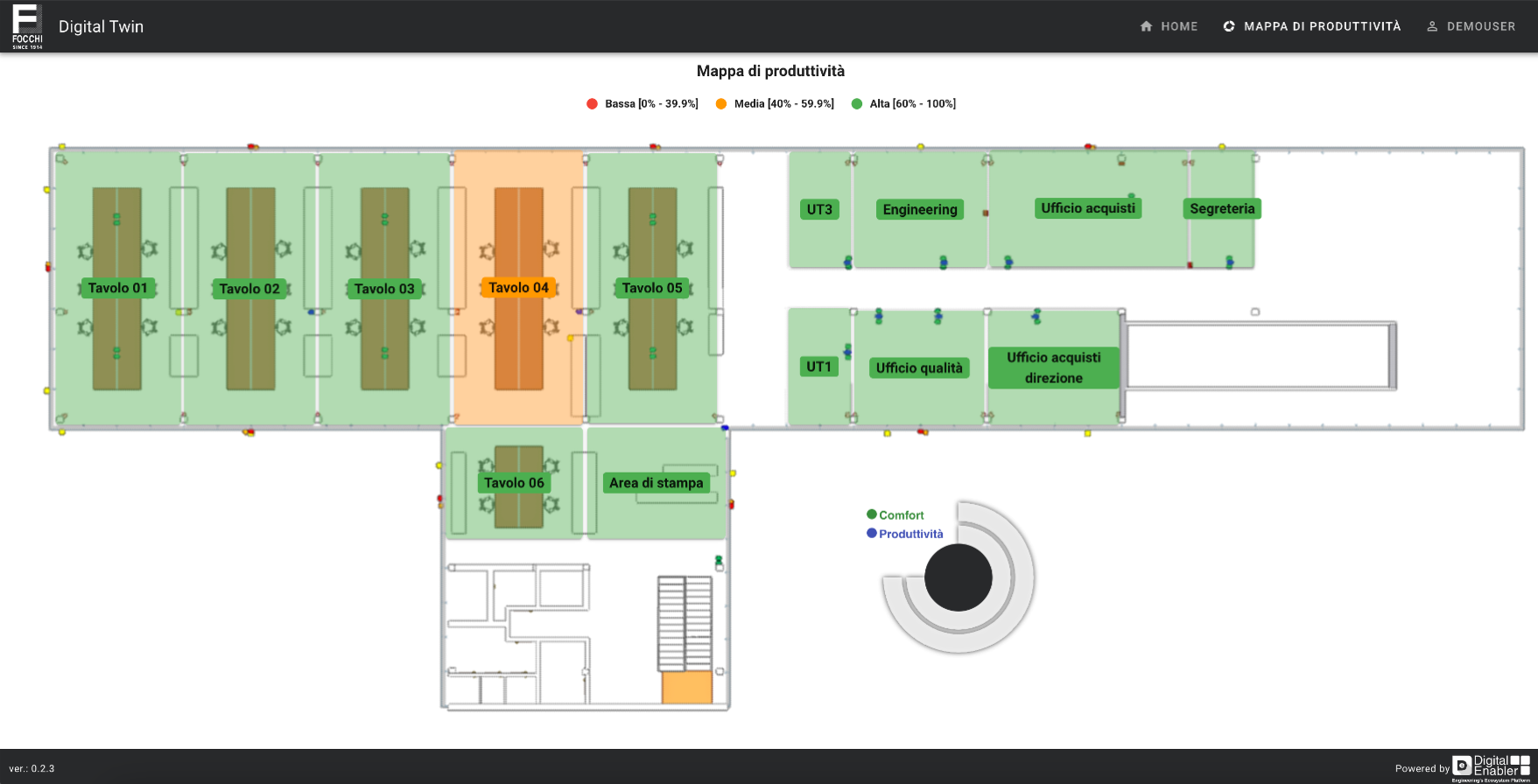 Figure 6 . Deduction of information about comfort and productivity using AI

The main benefits and values of XDT lay within its own name: a digital copy of reality, where “seeing”, “thinking” and “acting” is possible in a totally risk-free environment.

XDT being a very powerful application, it brings a set of benefits:

In order to maximise the impact, we need to consider the following objectives:

XDT solution will be used by several identified actors:

third-party systems: systems of partners/customers with whom XDT may/must interoperate.

The solution is entirely based on open standards and open APIs, and Smart Data Modela models, according to FIWARE Foundation and Open and Agile Smart Cities (OASC) principles. It is part of the category ‘Powered by FIWARE’ in the FIWARE Marketplace.

By using FIWARE NGSI APIs, which easily enable the integration of different components and systems, Engineering ensures that the platform is interoperable, portable, and can be easily implemented in other neighbouring regions and nations, as well as on a global scale.

As the Digital Enabler® is an ecosystem platform which, thanks to its characteristics, it can be applied in a multitude of domains and situations like in the Health sector with  DE4Bios, a biosurveillance platform, which has been enabling the monitoring of the evolution of COVID-19 epidemics since its very beginning. This means that not only can this cloud-based platform be connected with other applications or pieces of software already widely available, but it can also be replicated to serve various other purposes at a fast speed and with lower costs.

Another benefit sits with the Context Broker,  the FIWARE Generic Enabler, which is a software component that can integrate data from multiple systems, creating a holistic view of contextualized information, and acting as the center of the system. By providing the layer that describes each type of data, the FIWARE Context Broker makes it possible to create an interface proving it easy for anyone to view and interpret data.

The Context Broker uses FIWARE NGSI v2 specifications that enable applications to provide real-time updates and access to information that contextualizes the data being displayed. Typical examples might include updates, queries, and notifications. This way, organizations can monitor their metrics in real-time through live updates. Context information can be shared with third parties enabling process improvements and innovation across the whole data value chain. 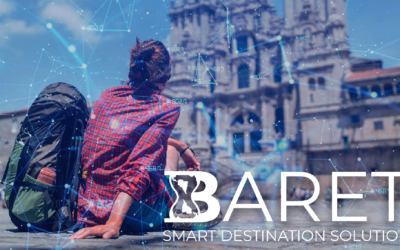 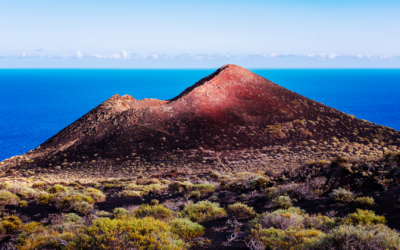