Building Opportunities Upon a Free Material? Open Data & FIWARE as the Foundation for New Business

When Miguel García, from FINODEX, presented the accelerator´s first open call months ago, he linked recent past, present and future. There was a previous stage in the deployment of open data pools, when most of them were shared and maintained by the public administrations, as a mean to increase transparency and to encourage citizen involvement in new open-government initiatives. The value of those data pools, and the idea of a new business at hand, have been struggling with old ways of funding them –through taxes–, and with some problems inherent to data, including outdated or barely used information, and bringing costs of publication and maintenance that made some of the portals unsustainable.

“Now, it’s time to take the next step” – that’s what entrepreneurs, developers, representatives and other important actors of the digital era must have told themselves, and hence acted accordingly. At present, some tech companies are providing platforms to make this kind of open data more accessible, useful and comparable, and therefore are creating business opportunities that can benefit from one of the biggest and cheapest resources that are out there. 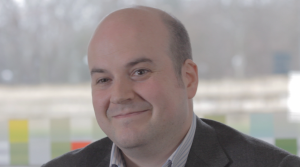 A resource that is unraveling it´s economic potential mostly, but not only, in the Smart Cities domain. As García stated in a very interesting document about cities, Open Data and FIWARE “data in the cities is the key for the smart services, is like the money for the commerce. Without the data, the services will not be smart, they will just be services. Moreover, if they are provided under an open license, then we start to talk about the real catalyst for the services in the city”.

Open Data, according to the Open Knowledge definition, is data that can be freely used, re-used and redistributed by anyone –subject only, at most, to the requirement to attribute and share-alike.
Accumulating more than half of the world population nowadays, cities are the main areas where open data is being produced and consumed. With their rich context, full of information, all the cities are data producers. That does not imply that every city is also a data publisher, but the number of cities that are realizing the value that open shared data bring to society is rising by the day.

However, different cities could choose different methods to publish their data, making it difficult for entrepreneurs and developers to deploy their solutions and services cost effectively. At this point is where the FIWARE value stands out, as it provides its NGSI API, a communication standard already in use in a lot of cities: whichever implementation is using data from one city or another, developers won’t have to deal with several different standards, making it possible to create new digital services once and for different customers.

Such standardization is one of the mechanisms which are part of the OASC initiative, pursuing the creation of a smart city market. Another mechanism is the publishing of the Open Data in an open platform like CKAN is. FIWARE has implemented its Data Lab based on CKAN.
This way, the Data that has been received by some sensors, and has been shared on CKAN using the NGSI standard, will be published in real-time on the FIWARE Data Lab, where any re-user could find and take it, and use it within another platform or solution.

FIWARE Data Lab is growing rapidly and a lot of datasets provided by the smart cities are being published there.

Additionally, among the FIWARE catalog, there are various Generic Enablers already developed and ready to use –particularly the Orion Context Broker–, easing the management of contextual open data. Also, as an Open Source community, FIWARE promotes the openness of the data: more open data means more “raw (and free) material” can be available for entrepreneurs that will use it to create new solutions and services. 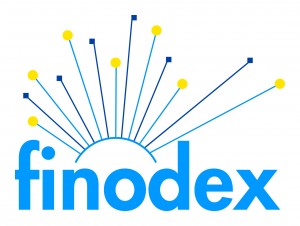 Working with those free materials and by using the same data formats and models to describe similar context information in different places, a small enterprise would have overcome many of the barriers that usually deny scaling-up a business. Then, the key to succeed in a field like this would lie in the strength of the project idea, and on developing that idea into a market-ready product, and doing it on time. To help in that process, speeding it up, there are the data accelerators. Specifically, FINODEX, first of its kind in Europe, and part of the FIWARE Accelerator Programme.

The work done during the Programme underlines the importance of Open Data and FIWARE as foundations for new businesses, and not in a single domain: among the SMEs accelerated by FINODEX, as well as some providing services more suitable for the Smart City –e.g TalkyCar mobility solutions, or WiseTown urban management application–, we can also find disruptive solutions in completely different sectors. For instance, Linknovate app can search among technological trends and funding opportunities for innovators and entrepreneurs, using the open data published about H2020 Programme. Or like the “gnomic Google”, developed by Xpressomics, that takes scientific publications about genetics into account, and that aims to be used primarily by research centers and pharmaceutical companies.

Following the aforementioned document by Miguel García, business based on open data share some common aspects: complex value chains, involving different actors (public administrations, ICT sector and users from non-profit and profit organizations); business models ranging from freemium to premium services, and products mixing public and private data, selling refined data or implementations based on free data; and also commercial services that are using the open data as a marketing tool.
After that first stage where an overall –and sometimes imprecise– benefit to society was the center of open data marketing value, now the focus need to be completed with the aim for developing profitable ideas that also allow for the sustainability of the released data.

As Garcia told us in a recent interview, they have been working very hard on presenting FINODEX SMEs, specifically highlighting the fact that they are all working with Open Data. “Open Data can provide an innovation source for many companies” –said García– “If you’re able to integrate the small pieces (of information) that are over there, and put them in a business process, that adds a lot of value to a company”. 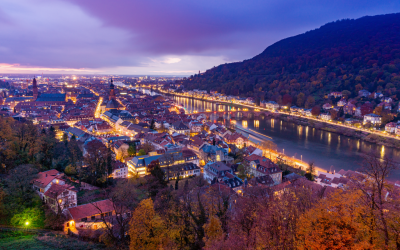