FISPRINKLER: Winners of the FIWARE hackathon at Campus Party Brasil 2015

If there was something at Campus Party Brasil that drew the attention of everyone, that was the award of RS 20,000 that was to be given to the app making the best use of FIWARE. Seven teams presented their proposals. They had only five days to develop their projects. During all that time, a group of FIWARE experts stayed in the FIWARE stand, so that all participants could ask their questions and remove their doubts. Finally, FISPRINKLER, an app aiming to solve the problem of severe droughts in Brazil, won the prize and received the award from the team of FI-Guardian, winners of the challenge that was launched during Campus Party Brasil 2014. And this is what the team of FISPRINKLER told us!

What does your project consist on?

The project is a solution to use and control of rain water in agriculture. The idea came from a critical problem in Brazil today, the lack of water. This is the worst drought we face in 80 years. Initially we thought of a solution to rainwater harvesting for residential use but during the research we found that water for exclusively human use was no more than 6% and that agriculture was the villain, consuming 72% of the drinking water.

How has FIWARE helped you develop it in just five days?

Five days is never enough to develop a project. But it was enough to understand the concept of FIWARE and apply. By using the FIWARE, it was possible to develop in less time, once it is a fully structured and acquainted platform.

Which Generic Enablers have you used? Why?

The FIWARE Lab did not work properly during the hackathon. The solution was to set up our own infrastructure. In our servers we installed and used Orion Context Broker to enable the data record.

Our first contact with FIWARE was through POLI – São Paulo University. We talked about it with some professors but we didn’t understand well. Only with the FIWARE architects during the workshops we learned enough to develop an idea. They were very attentive, we would like to thank them.

How do you plan to continue working?

The next step is to create our prototype. We are currently talking to a farmer who already own the whole physical part of the project, except the electronics and monitoring part. We believe that the FIWARE will speed up the process of development and release of the software because it already has several components that we can reuse in the application scope. 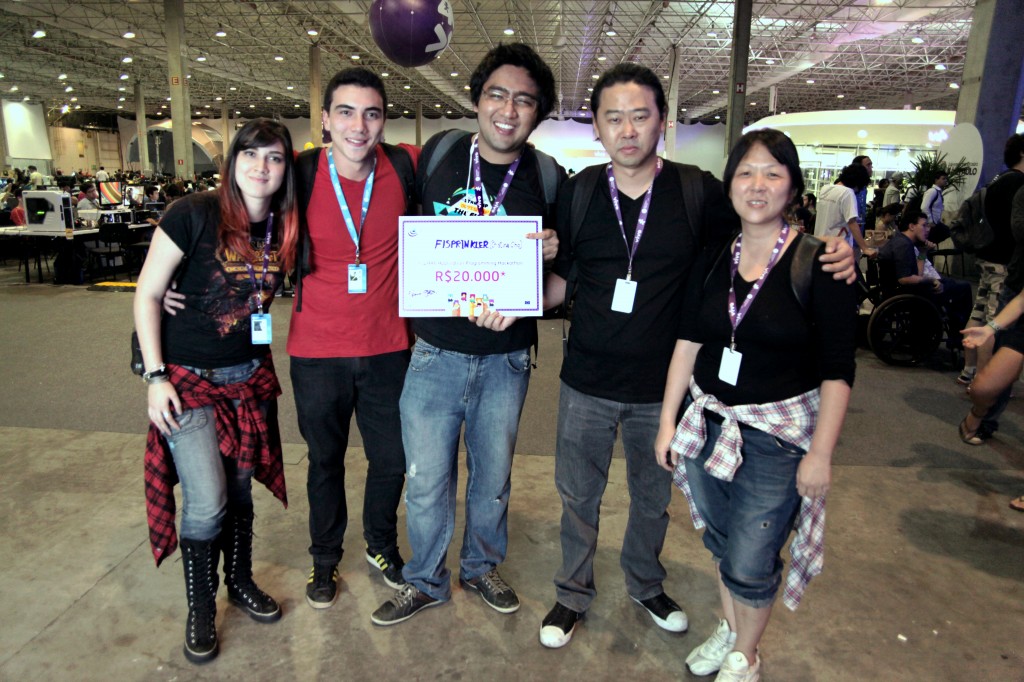