The City Enabler is one of the three candidates awarded contracts to start the third and final phase of its Pre-commercial Procurement (PCP) by Select for Cities.

Berlin, November 30, 2018 – During the last edition of Smart City Expo World Congress in Barcelona, held November 13-15 in the Spanish Mediterranean city, the FIWARE-based Smart City platform City Enabler was announced as the winner solution of the 2018 Select for Cities Challenge, which aims to design, research and develop a data-driven, Internet-of-Everything (IoE) platform for European cities to enable large-scale co-creation, testing and validation of urban IoE apps and services. 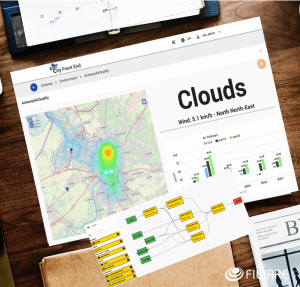 The City Enabler is a digital platform powered by FIWARE supporting cities in synchronizing ad harmonizing Data and IOT at urban level. SELECT for Cities started its pre-commercial procurement (PCP) to obtain R&D services to develop and build large-scale, city-wide, Internet-of-everything platforms to facilitate collaboration and open innovation. The process is highly competitive, and during the previous Phase II five companies produced platform prototypes which used open standards to visualise and analyse city data to generate actionable intelligence. All of the five were invited to bid for Phase III during which the innovative platforms will be tested in real-life settings in Helsinki, Finland and Antwerp, Belgium.

The third phase of the execution stage is expected to end in September 2019.

“The three Contractors entering phase III all have very strong solutions” said Hugo Goncalves, of Forum Virium Helsinki, the project lead for SELECT for Cities. “SELECT for Cities is very proud to play a significant role in accelerating their development and is looking forward to seeing their impact in the city test beds over the next year”.

Ulrich Ahle, CEO of the FIWARE Foundation: “Our Platinum member Engineering has been a strong partner of the FIWARE ecosystem from the very beginning. The City Enabler is not only an open source based platform but it also supports open interfaces and open data models avoiding ‘vendor-lock-in-effects’. The success in Select for Cities underlines the leading position of FIWARE based solutions in Smart Cities in Europe. Supported by the FIWARE Foundation, Engineering has already started the deployment in several European cities as well as South America.”

This Pre-Commercial Procurement, the first one in the world to focus on the Internet-of-Everything is a multi-country and multi-partner joint effort, implemented by a consortium composed of several partners of Forum Virium Helsinki (Finland) as project lead, Digipolis (Belgium) as partner and lead procurer, Antwerp (Belgium) as procuring entity with Copenhagen (Denmark), IMEC (Belgium) and 21C (UK). The project is supported by the European Commission through its H2020 programme.